Less than one year after its commencement, QV-LIFT has begun to take its first steps. The occasion to present them was given by the prestigious 32nd International Union of Radio Science General Assembly &Scientific Symposium (URSI GASS) conference, held in Montreal, Canada from August 19th to 26th, 2017.

This conference is a unique opportunity to share and learn about recent advances in all fields of Radio Science. Professor Giandomenico Amendola from University of Calabria and CNIT, Italy, presented the QV-LIFT project in the session Propagation Modelling for Aerospace Applications. His speech was about the QV band system and its application within the QV-LIFT project. 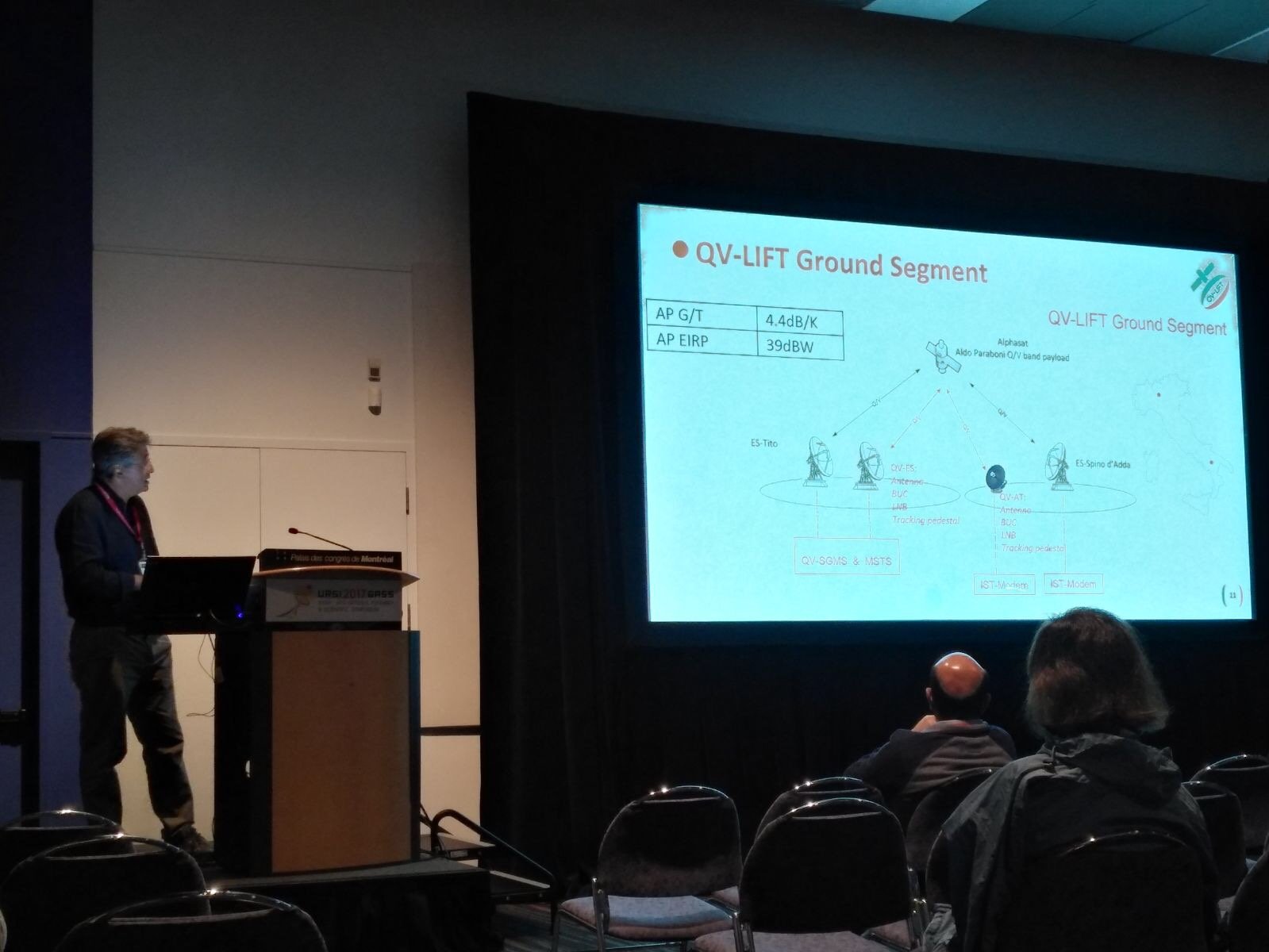 The presentation firstly described the scenario of the future Q/V band systems underlining that Fixed Services and Mobile Services could be hardly accommodated on a single satellite without requiring considerable mass and power. For this reason, a scenario that considers Fixed Service dedicated Satellites and Mobile Service dedicated Satellites was evaluated. The analysis of the future scenario directly brought to light the technology requirements for the Q/V band systems, which demand developments at both RF and networking levels.

QV-LIFT RF developments including GaN MMIc amplifiers, power combining amplifiers, BUC, LNB, antennas and tracking systems were all described in some detail. The talk also presented the networking developments of the project, underlining that a  high degree of re-configurability in both gateways and terminals is mandatory to counteract the atmospheric impairments which are considerable at Q/V bands.